Lisbon 101: All You Need to Know About the City of 7 Hills

Earning its name from the picturesque hills that surround the city, Lisbon is a feast of art, culture and history. Bright and lively, Lisbon presents Gothic architecture, cobbled alleyways and fashionable bohemian haunts. Other terms of endearment include the ‘city of light’, ‘city of tolerance’ and ‘queen of the sea’; all paint a lyrical picture. On a city break to Lisbon you quickly see that this glorious city, lives up to its names and so much more.

Thinking of a Lisbon city break? Read our comprehensive guide below. To find the information that’s relevant to you, use the handy page contents below:

The best time to visit Lisbon is between April and October where you will experience high temperatures between 20˚C – 30°C. High temperature between November and March are between 10˚C – 20˚C. Lisbon has become increasingly popular for its mild climate and bohemian atmosphere.

What time is it in Lisbon?

Lisbon follows the same time zone as London, so no jet lag here! Much like the UK they also adopt daylight saving time during the summer.

Lisbon is easy to navigate by foot, however it’s notoriously hilly. Trams are cheap, crowded and fun and bus and metro connect the entire city with ease. The ‘Viva Viagem’ card is available (much like London’s Oyster) from metro kiosks. 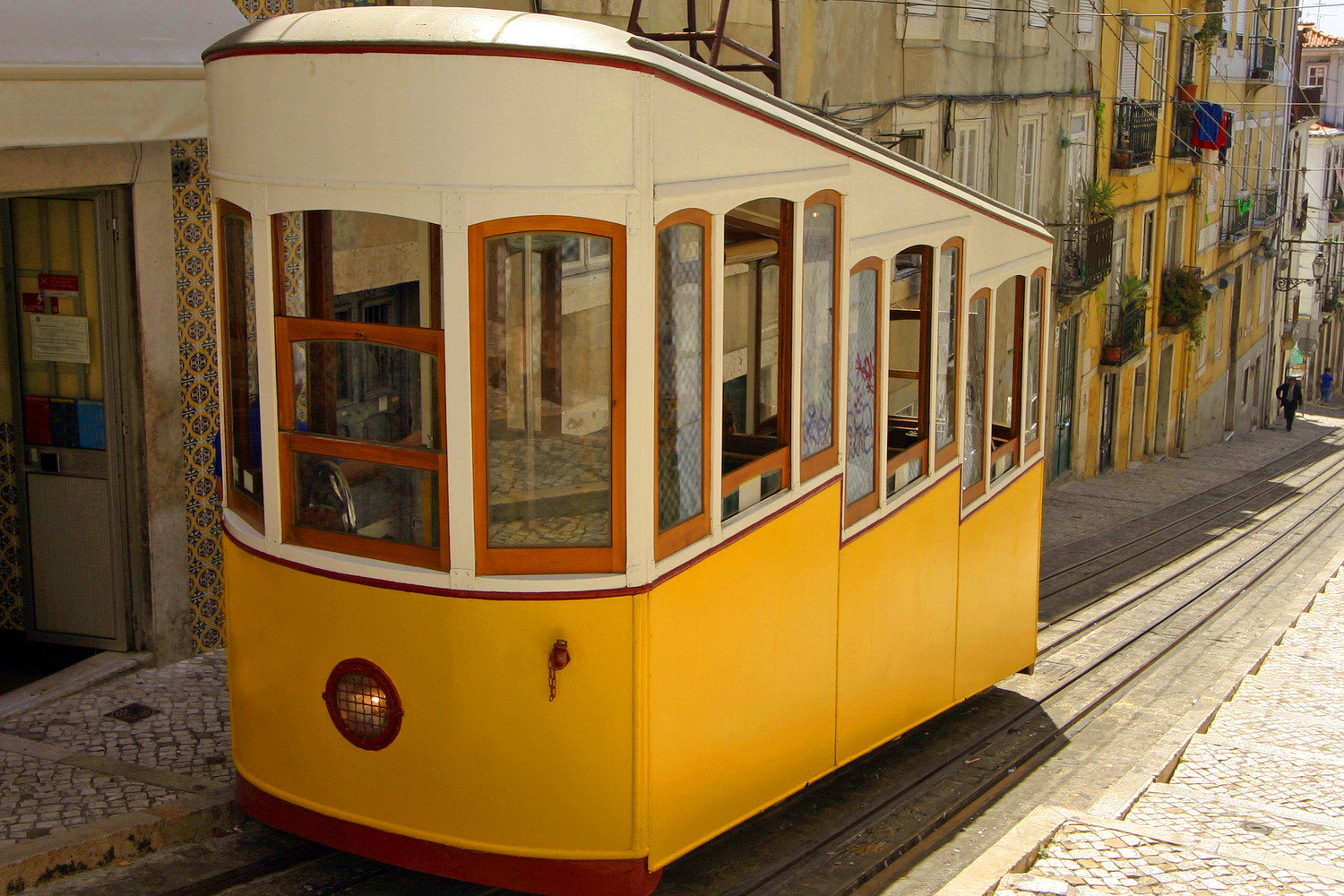 Where to stay in Lisbon

You’ll be spoilt for choice when it comes to accommodation. For those who prefer to live in luxury a superb selection of 4 and 5 star hotels in Lisbon offer a genuinely comfortable stay. 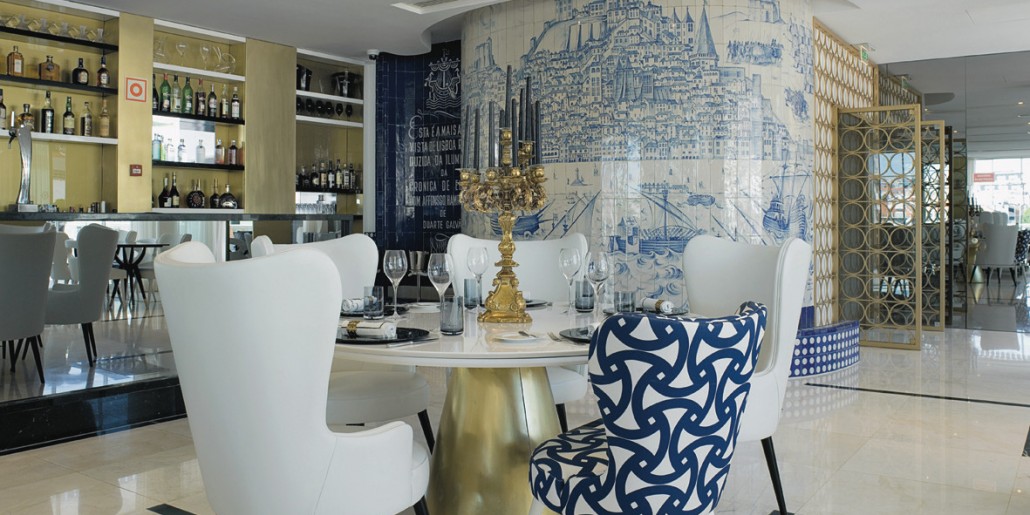 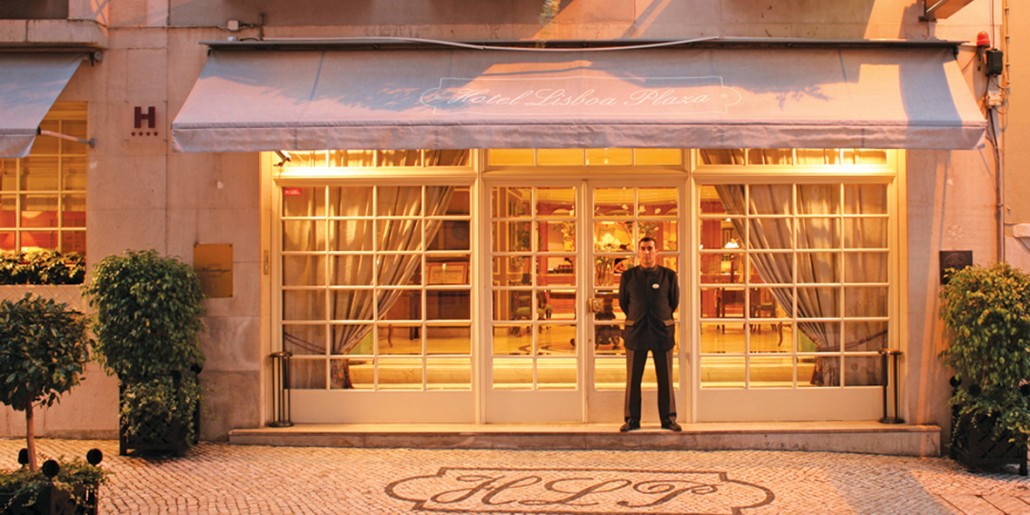 For more affordable luxury, the Hotel Lisboa Plaza is a glamorous heritage hotel. Tucked away on a side street, this family owned hotel is a splendid retreat from the city.

Lisbon is surrounded by a stunning Atlantic coastline. Not far out of the city you’ll be met with long stretches of golden powdery sands. There are several beaches just a short train or car journey from Lisbon.

Just 40 minutes from Lisbon, Guincho is world renowned for its surf and large waves. Its wild nature makes it less popular with families.

Surrounded by green hills this beach is delightfully rural. Hugging a picturesque village with calm and clear water.

Lisbon’s most popular beach. The beach is wide with a great selection of cafés and restaurants, excellent for families.

45 minutes south of Lisbon, Meco is peaceful and much less crowded. Its atmosphere is popular with nudists and surfers. 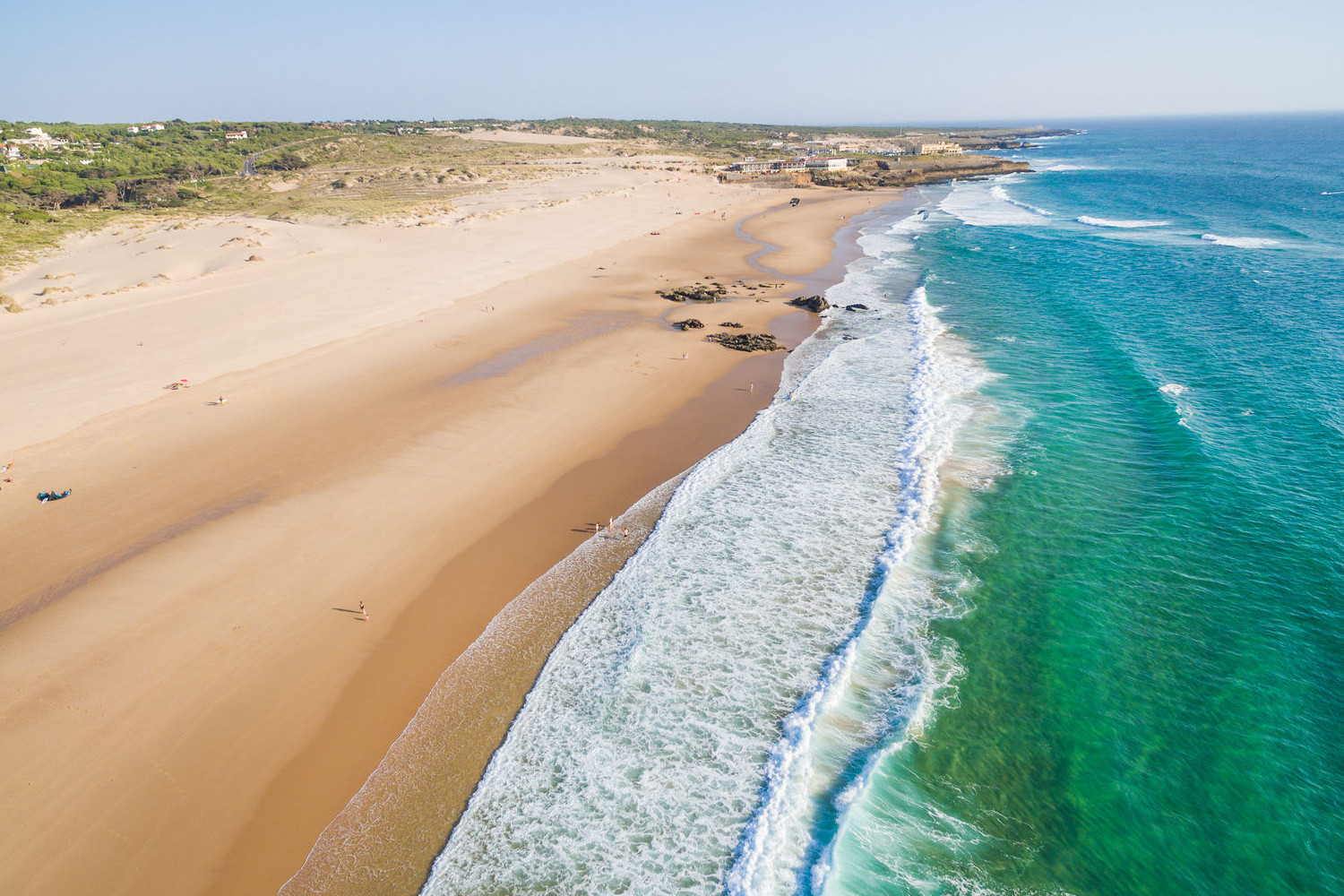 Best things to do in Lisbon

Famous landmarks and attractions in Lisbon 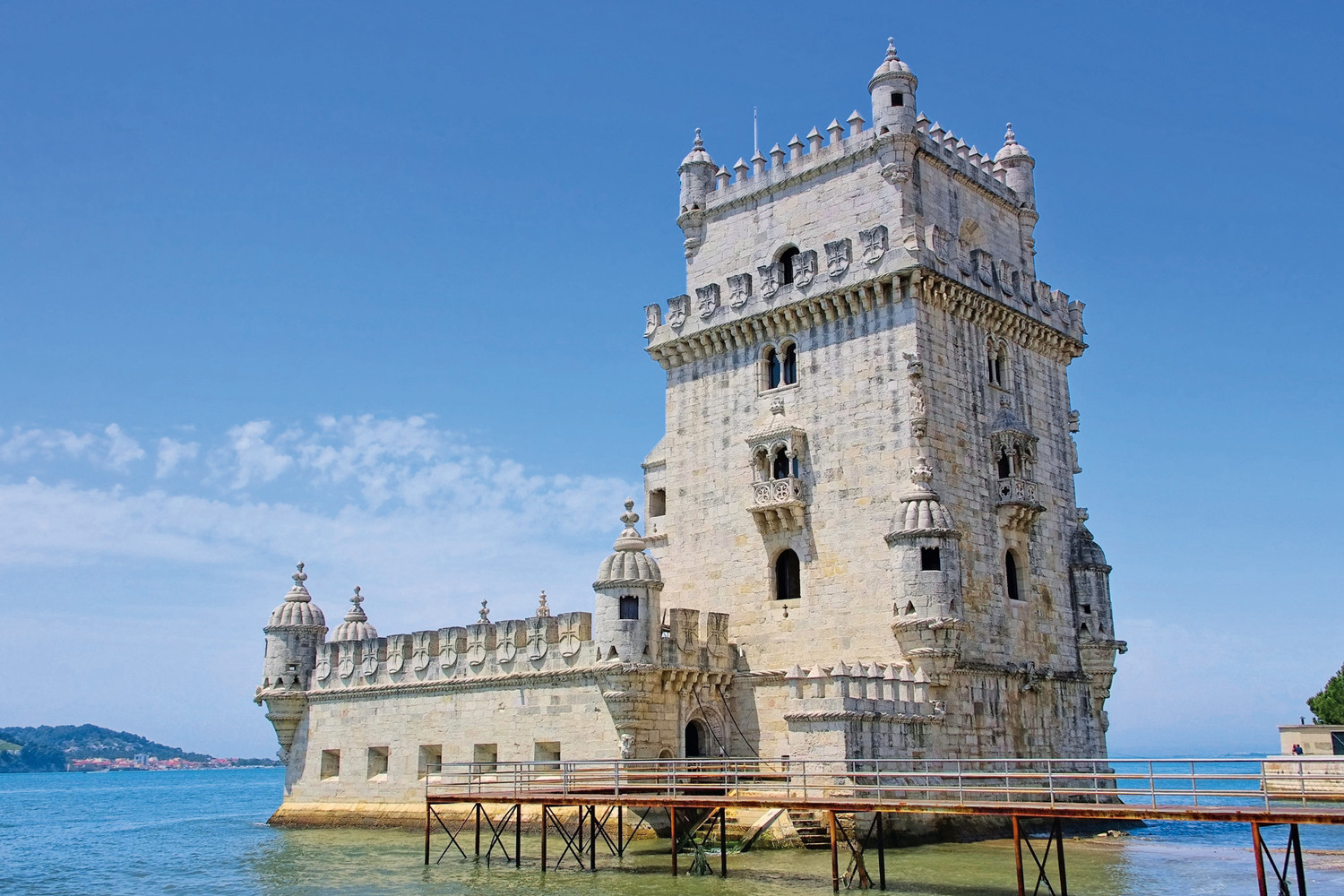 Sao Jorge castle – A Moorish castle and palace ruins located in the Alfama district. Originally fortified by the Romans and ‘rebuilt’ under Moorish rule. After driving out the Moors in 1147 the Portuguese used the castle as a royal palace. 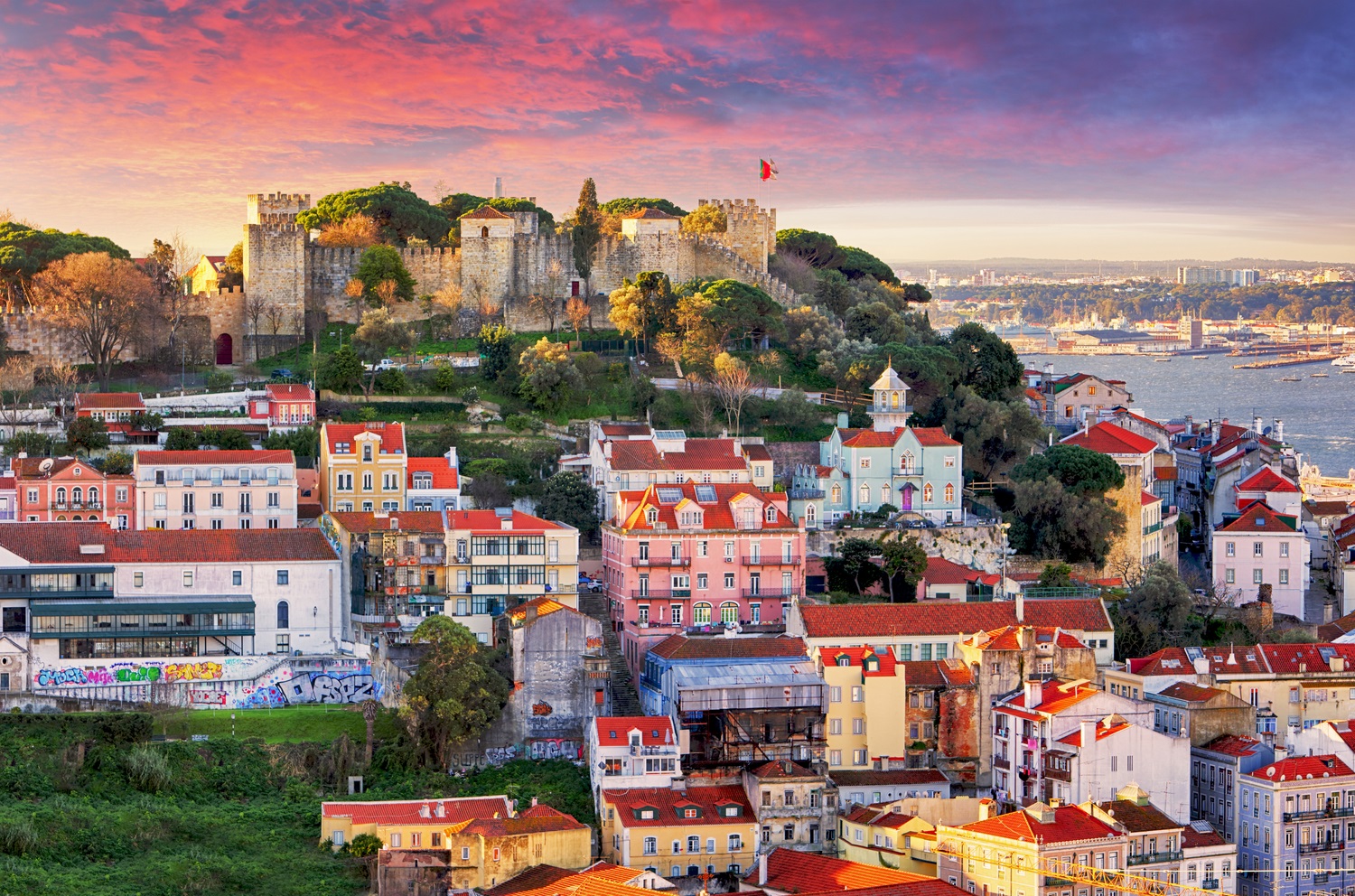 Jeronimos Monastery – Formerly a monastery this UNESCO World Heritage Site is a masterpiece of Gothic and Moorish architecture. Constructed in the 1500’s, you’ll find this structure in the Belem district. 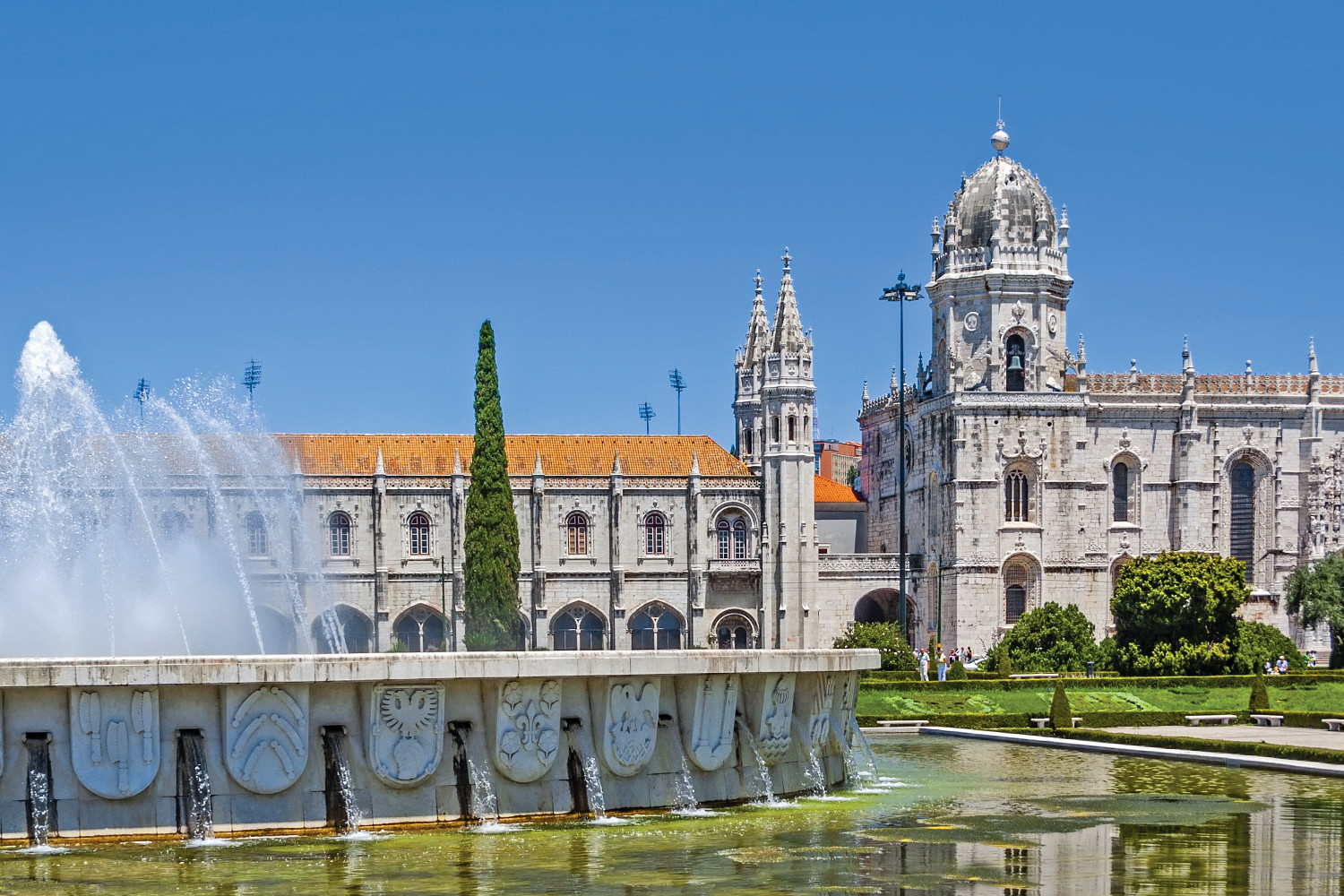 Lisbon Oceanarium – The Lisbon Oceanarium is the largest indoor aquarium in Europe. It’s separated in to four habitats reflecting the world’s different oceans. Gaze upon sharks, sting rays, penguins, otters and much more. 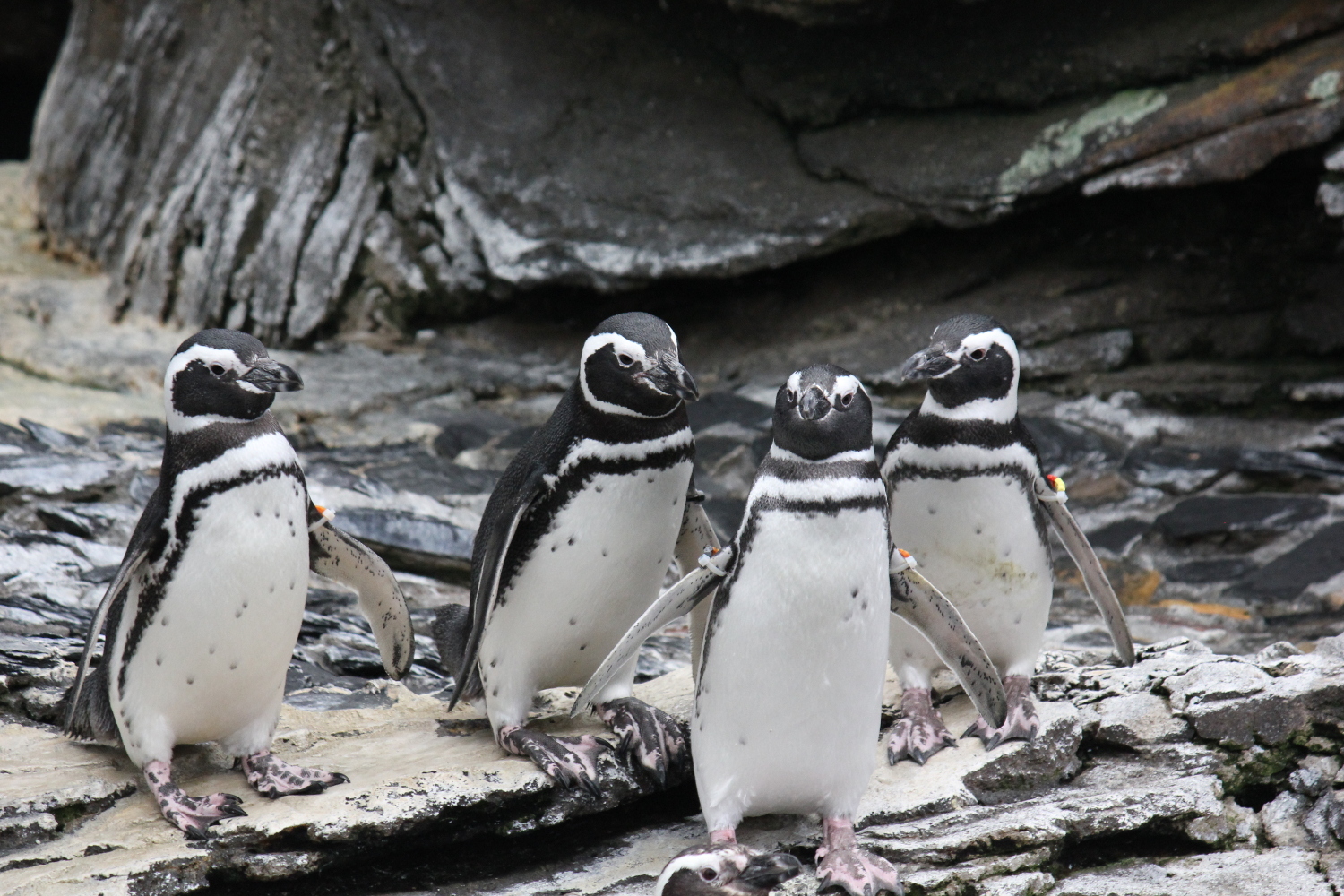 Praca do Comercio – Situated near the waterfront, this historical plaza is surrounded by traditional painted buildings. The plaza was constructed to replace the royal palace which was reduced to rubble in the 1755 earthquake. 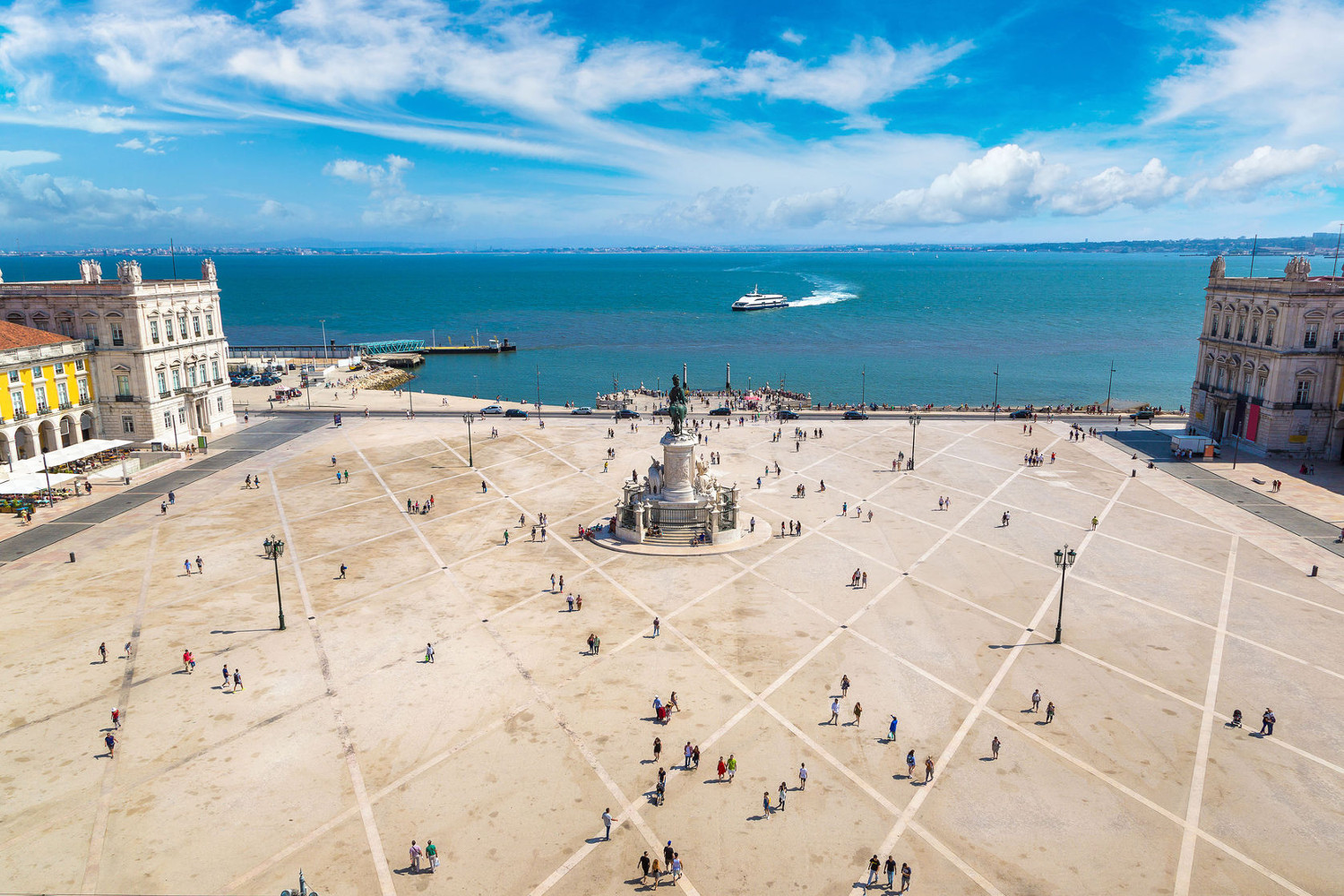 Park and National Palace of Pena – 50 minutes from Lisbon this show stopping palace will have your jaw consistently on the floor. Like a Disney scene, the palace sits on a hill above Sintra with views as far as the eyes can see. This UNESCO World Heritage Site is full of history and colourful, intricate architecture. 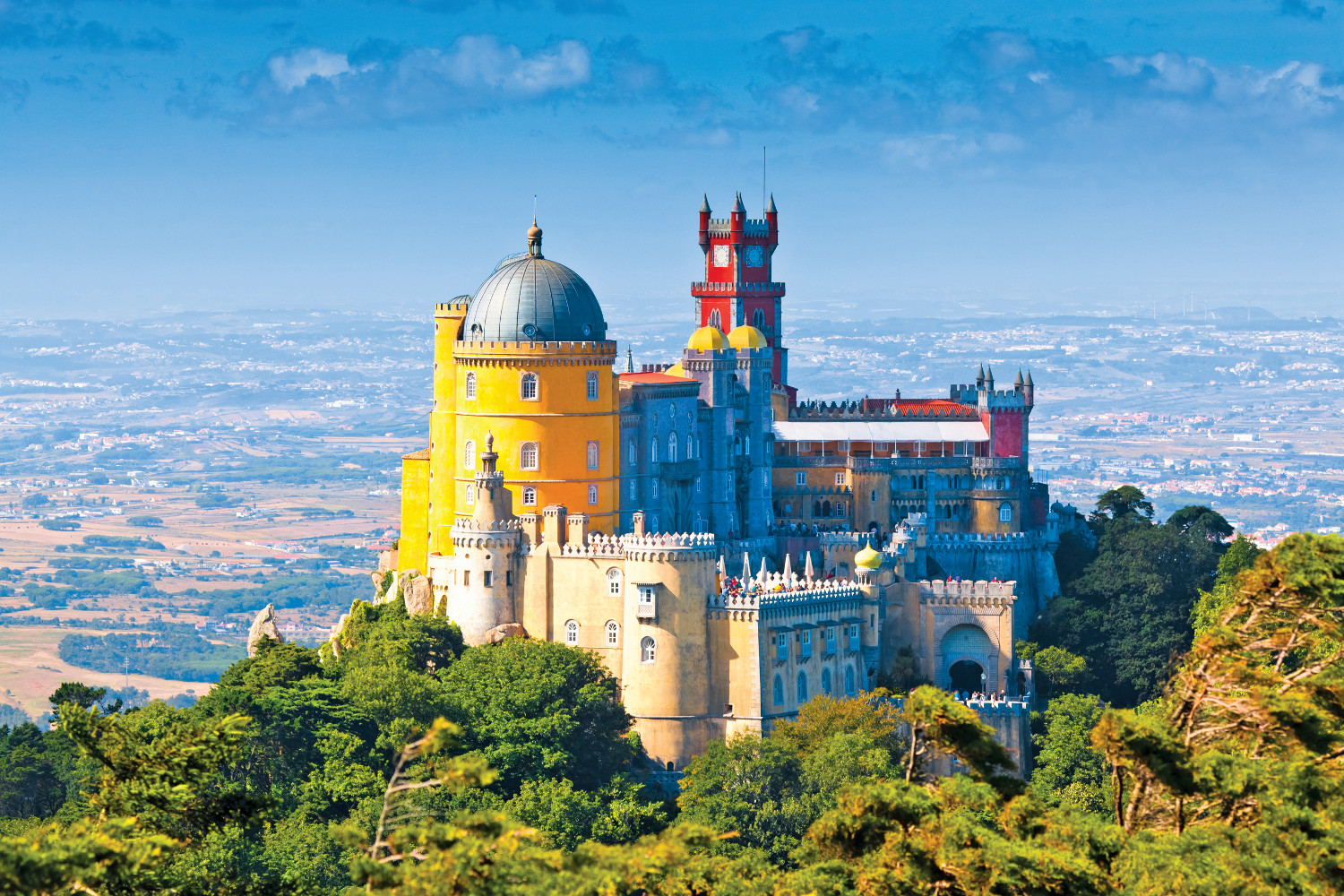 Lisbon is no doubt a city famous for its art. This reputation becomes ever more evident in its numerous museums displaying everything from Classical Monet and Rembrandt, to specialist museums showcasing modern structures and intricate architecture.

Gulbenkian – “Never in modern history has one man owned so much”. British/Armenian business magnate Calouste Gulbenkian fell in love with the city of Lisbon in the 1940’s. Once one of the world’s wealthiest individuals, he collected art and artefacts of extreme value. His vast collection is now on display in this museum. Gaze upon Monet, Renoir, Rembrandt, Lalique jewellery, Chinese Jade, Persian porcelain and much more!

Museu Nacional de Arte Antigua – Showcasing over 40 thousand pieces from the middle ages to the 19th century. You’ll find paintings, sculptures, jewellery and artefacts from all over the world.

National Tile Museum – A collection of intricate tiles. The splendid array of colours and patterns dates back to the 15th century. The museum provides excellent inspiration for aspiring interior designers. 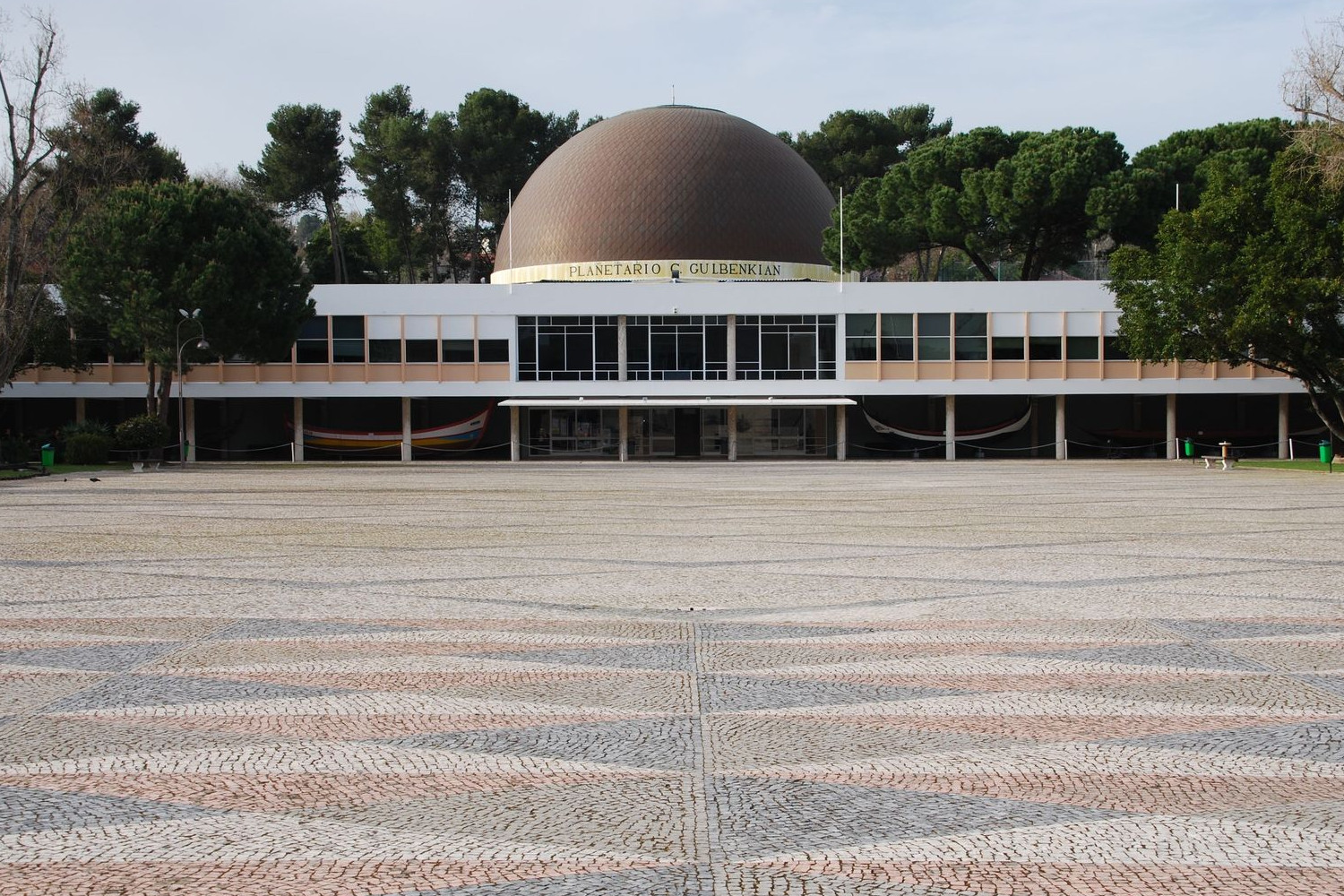 Eating and shopping in Lisbon

You can unearth some real treasures in Lisbon; be it local produce, authentic souvenirs or bohemian artefacts. Lisbon’s food scene is as established as its art with gourmet food markets, quaint cafe’s and Michelin star restaurants. From succulent Alentejan steak, fresh seafood to the national pastry ‘Pasteis de Nata’, Lisbon offers a tantalising palate. 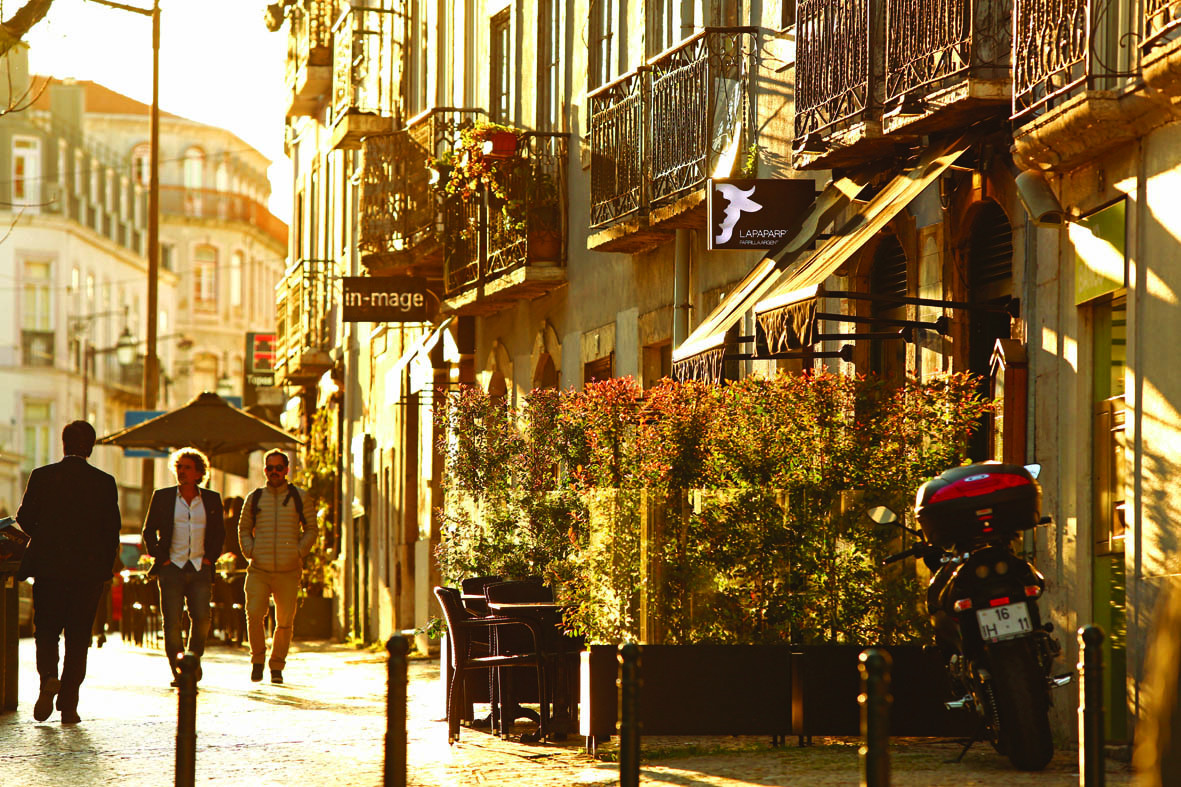 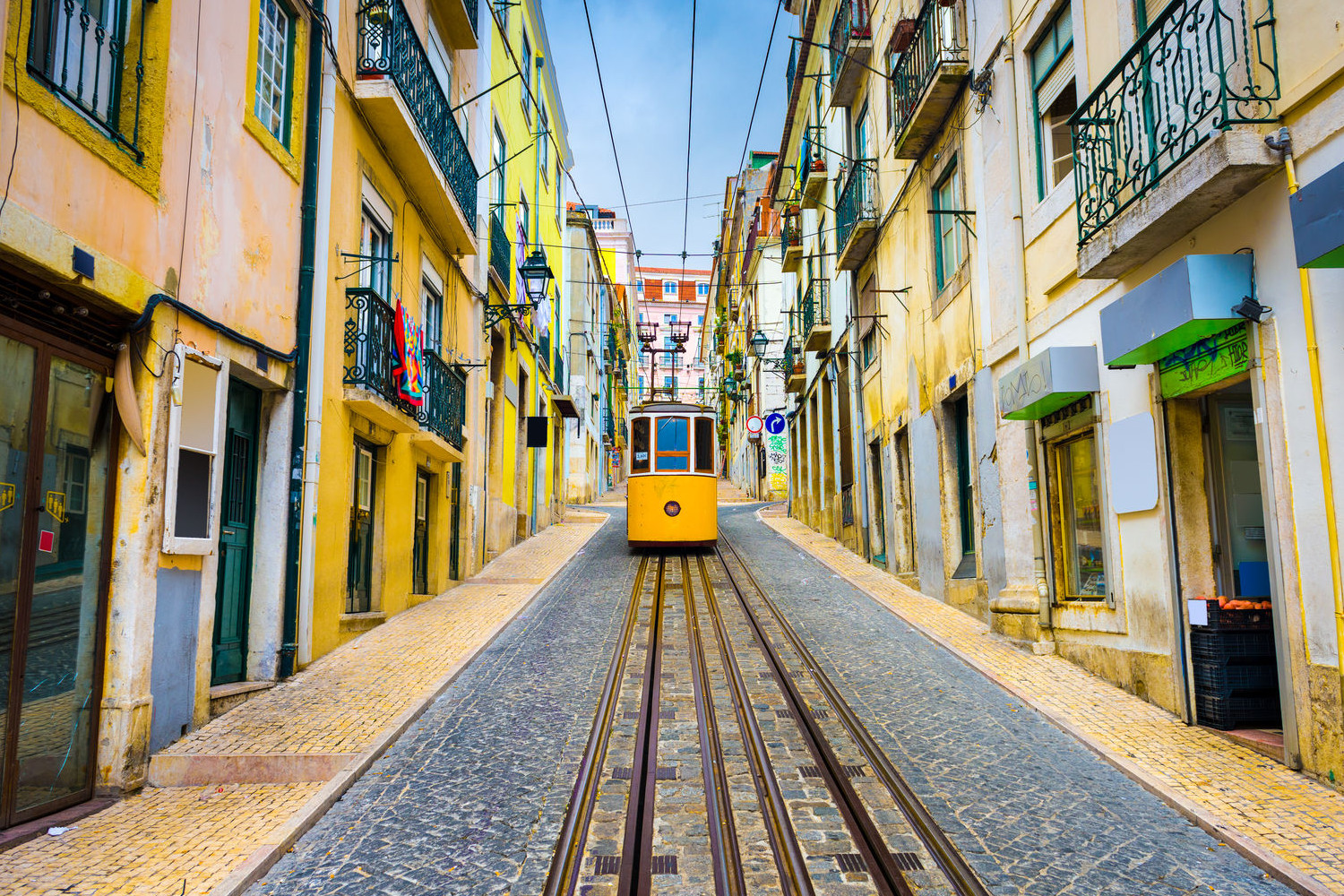 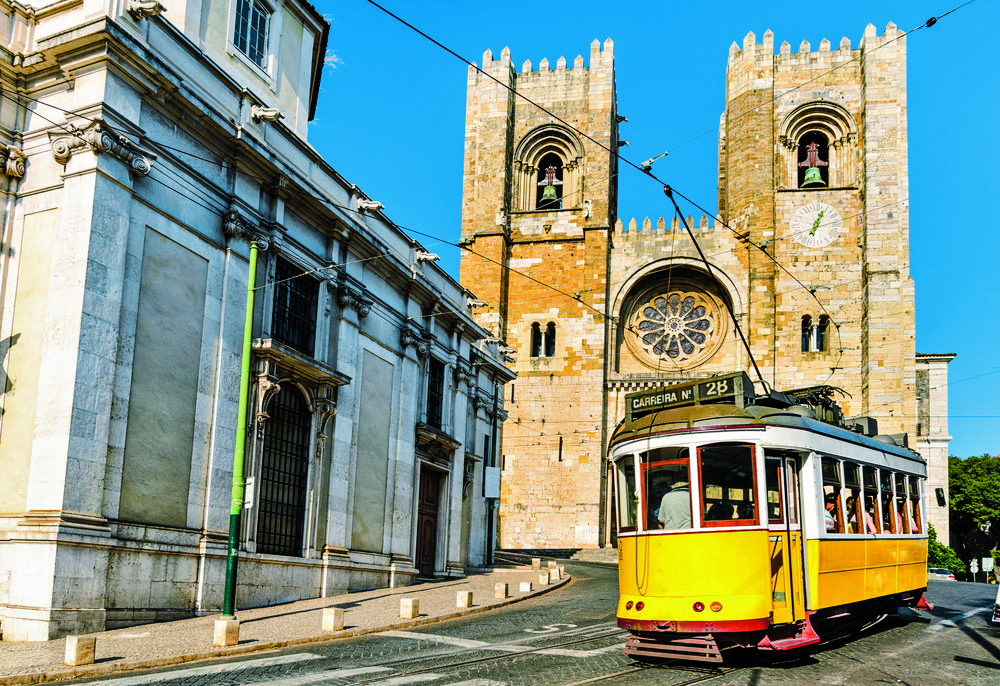 Have you bee to Lisbon? We’d love to hear your stories, get in touch in the comments below.

To discover more about Lisbon and the surrounding areas visit our website.