The largest emirate, and the UAE’s capital, Abu Dhabi has one eye on the future whilst the other keeps the past firmly in its sight. Alongside state of the art attractions and entertainment facilities ancient Abu Dhabi is very much alive: wooden dhows still make their way into port, the desert forts of Qasr Al Muwaiji and Al Jahili have been beautifully restored to their past splendour, and Bronze Age tombs can be admired at the Archaeological Park in Hili.

The country was only founded in the early 1970’s  and although the pace of change has been swift, things have not developed as quickly in Abu Dhabi as they have in its near neighbour, Dubai.  Abu Dhabi is still recognisably an Arab city in a fluid state of well-planned development. Several major projects on neighbouring islands such as Yas, Al Maryah and Saadiyat are currently taking shape and the skyline continues to grow.

Thanks to superb sunshine and minimal amounts of rain, Abu Dhabi attracts visitors on a year-round basis. Between October and March temperatures are perfect for those looking to escape northern Europe’s winters. The Formula 1 Etihad Airways Abu Dhabi Grand Prix generally takes place early to mid-December each year.

The Statue of Liberty

We’re delighted to highlight a few holiday experiences to enhance your visit to Abu Dhabi. For further details and prices of private excursions and small group escorted tours, to visit some or all of these places of interest, please ask our Personalised Travel Team about pre-bookable experiences and excursions on 0800 008 7288 or via our live chat facility. 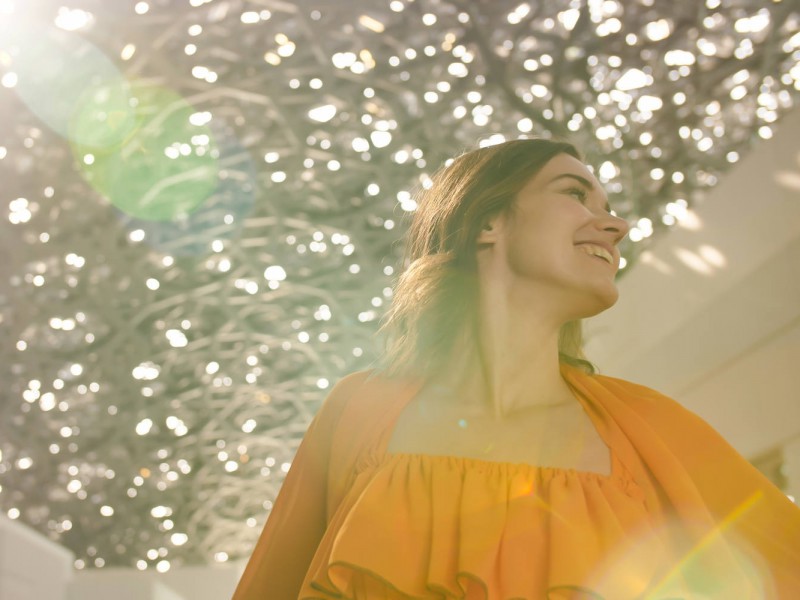 The Louvre Abu Dhabi, a world-class museum, showcases the emirate as the region’s cultural leader. Works from the ancient world are joined by hundreds of pieces from the Louvre in Paris and other fine French museums. Lose yourself in the 23 naturally-lit galleries. 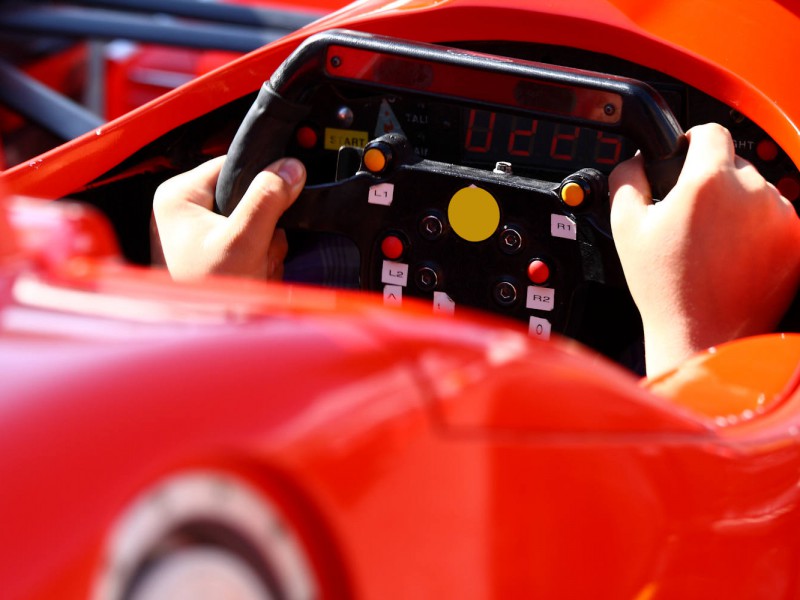 Located on Yas Island in Abu Dhabi, this is the world’s first Ferrari-branded theme park and has the record for the largest space frame structure ever built as well as the world’s fastest rollercoaster, Formual Rossa, which reaches 150 miles per hour in less than five seconds. 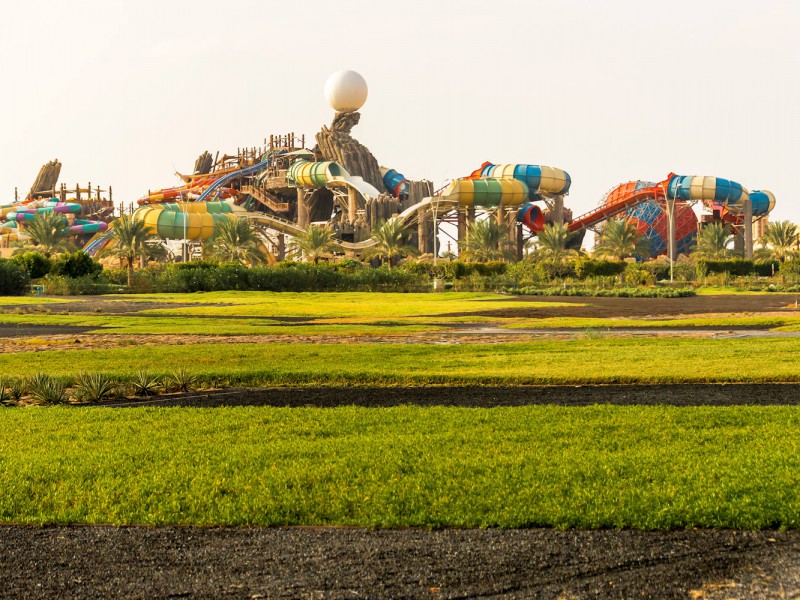 Great fun for the young and the young at heart, this vast waterpark, laid out over 15 hectares,  is home to more than 40 rides, slides and attractions, including Bubble’s Barrel, Rush Rider, and Bandit Bomber which, at over 550 metres in length, is the longest suspended roller coaster in the Middle East. 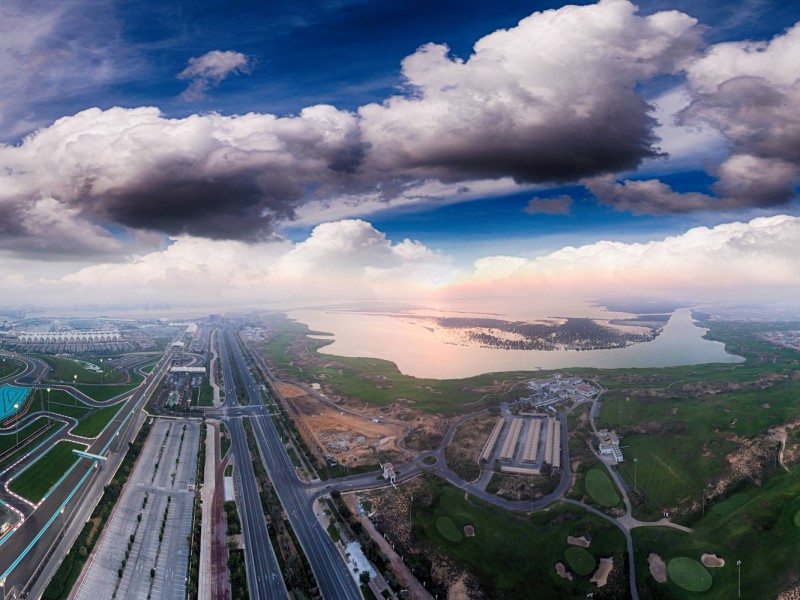 Try your hand at no end of track day experiences on the impressive Formula 1 racing circuit: there’s karting, saloon car, race car and motorbikes from which to choose. Alternatively for more leisurely pursuits there are cycle days and you can even take a sunset stroll or run on the track for free on certain days.

There are two very different views to be had of Abu Dhabi. The more conventional option is to walk  the city’s impressive Corniche and enjoy its landscaped gardens, palm trees, dappled shade and elegant waterfront with no end of refreshment opportunities at various cafes and restaurants. The whole pedestrianised promenade, which stretches from the Emirates Palace to the port, is almost 8 kilometres in length and incorporates an extensive cycle lane.

For a completely different perspective head to the 300 metres high Observation Deck at Etihad Towers, the highest vantage point in Abu Dhabi. See the modern marvels of the skyline including the Leaning Tower of Abu Dhabi, also known as Capital Gate, one of the tallest buildings in the city, and the circular skyscraper which is the Aldar headquarters. Created by MZ Architects it is the first circular building of its kind in the Middle East.

Other wonders include Masdar City, one of the world’s most sustainable urban communities and a low-carbon development of green spaces, futuristic buildings and electric, driverless taxis. A must-see attraction is the gleaming architectural marvel which is the Sheikh Zayed Grand Mosque. Opulent and dramatic in equal measure it is one of the world’s largest mosques and can accommodate over 50,000 worshippers.

The flying time from London airports is 7 hours and Abu Dhabi is 4 hours ahead of Greenwich Mean Time.

The currency is the United Arab Emirates Dirham, although United States Dollars are widely accepted.

The official language is Arabic, although English is widely spoken.

Visas, issued free of charge on arrival, are required for UK passport holders.

In 2021 the Muslim fasting month of Ramadan will begin on or around 12 April and will continue to approximately 11 May.

Combine your stay in Abu Dhabi with a few days in Dubai or Oman to explore the many differing delights of the Middle East. Or add a stay at one of the luxurious hotels in the Maldives after having visited the Emirates.  Please ask our Personalised Travel Team about twin and multi centre holidays on 0800 008 7288 or via our live chat facility.