Gibraltar is one of Britain’s last remaining colonies. Packed into a few square miles is an abundance of nature, culture and above all, history. The main street is similar to many a British high street but the weather is warmer, the atmosphere Mediterranean and the shopping is VAT free. Gibraltar’s long and colourful maritime heritage is one of its biggest attractions.

Spring is one of the most popular times to visit Gibraltar. The southern European heat is less intense and the pleasantly warm temperatures make it easier to walk and hike: the rock of Gibraltar requires a fair amount of leg work. Spring also sees May Day celebrations, classic car rallies and the Queen’s Birthday Parade. Gibraltarian summers offer some of the best days of the year to visit, including the Gibraltar Regatta, Summer Nights, music festivals and Gibraltar’s National Day on 10 September. Autumn is a pleasant time of year to visit and somewhat quieter than the summer. The MTV Music Festival and Gibraltar Wine Festival are highlights. Those looking for a quieter time to visit the territory will find winter, between November and March, to be very quiet and peaceful indeed. 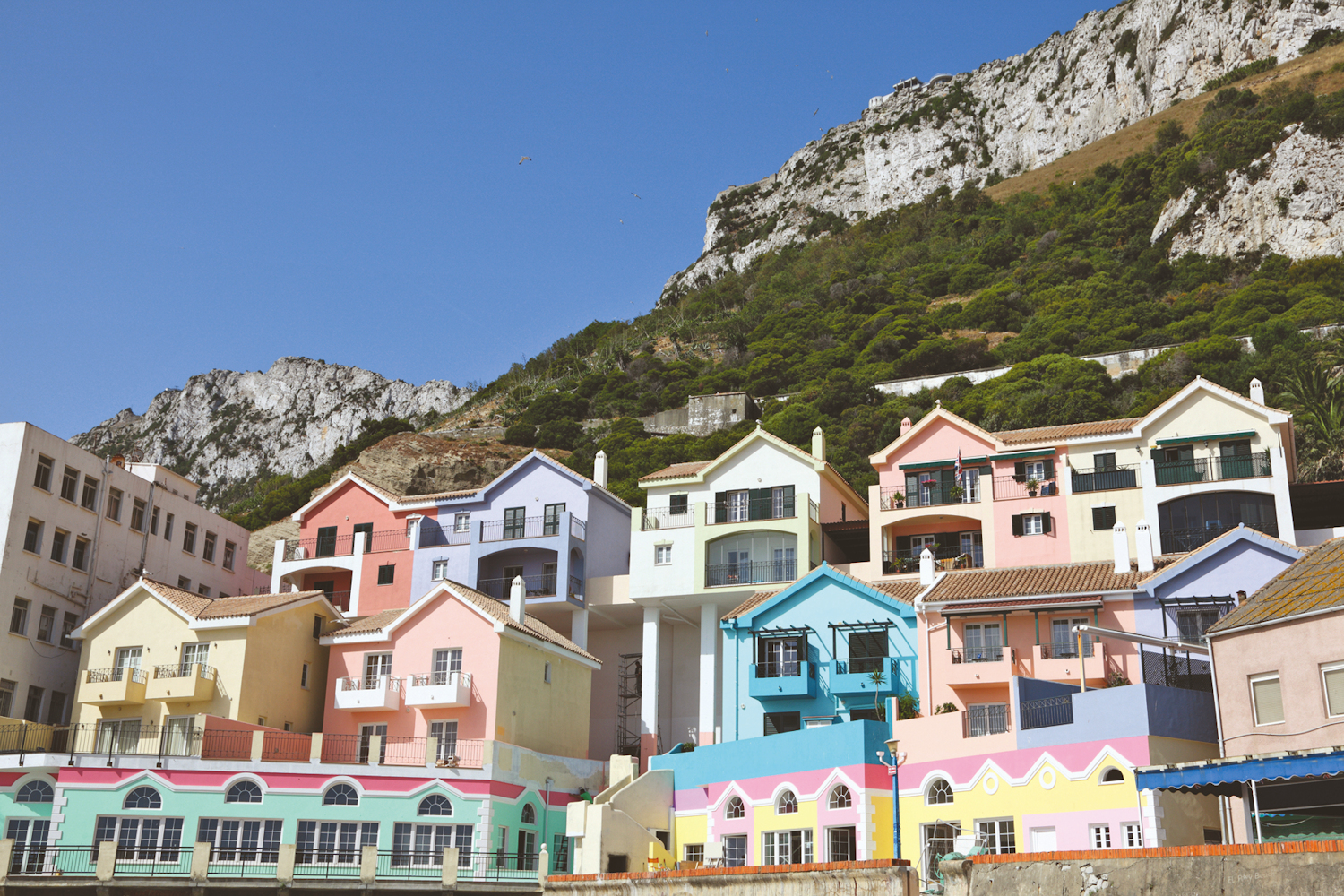 We’re delighted to highlight a few holiday experiences to enhance your visit to Gibraltar. Simply confirm at the time of booking or prior to travelling.
For further details and prices of private excursions and small group escorted tours, to visit some or all of these places of interest, please ask our Personalised Travel Team about pre-bookable experiences and excursions on 0800 008 7288.

Step out into nature

Trek the Mediterranean Steps’ Nature Trail to reach the top of the rock. The
views of the Strait of Gibraltar, Europa Point and the Great Sand Dune
are unforgettable; all the more colourful in spring. 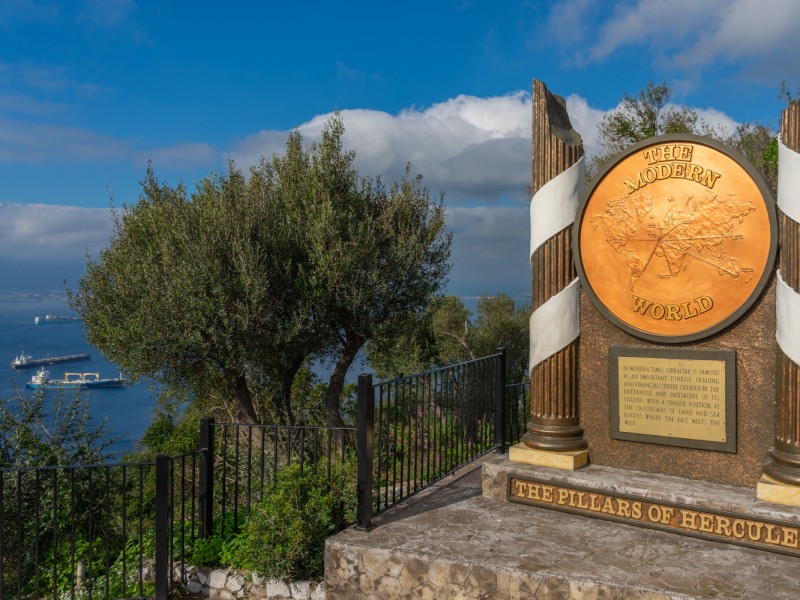 Standing at nearly 1400 feet, The Rock is reputed to be one of the legendary pillars of Hercules and overlooks the entrance to the Mediterranean. This tour covers the best sights and leaves time for duty-free shopping on Main street. 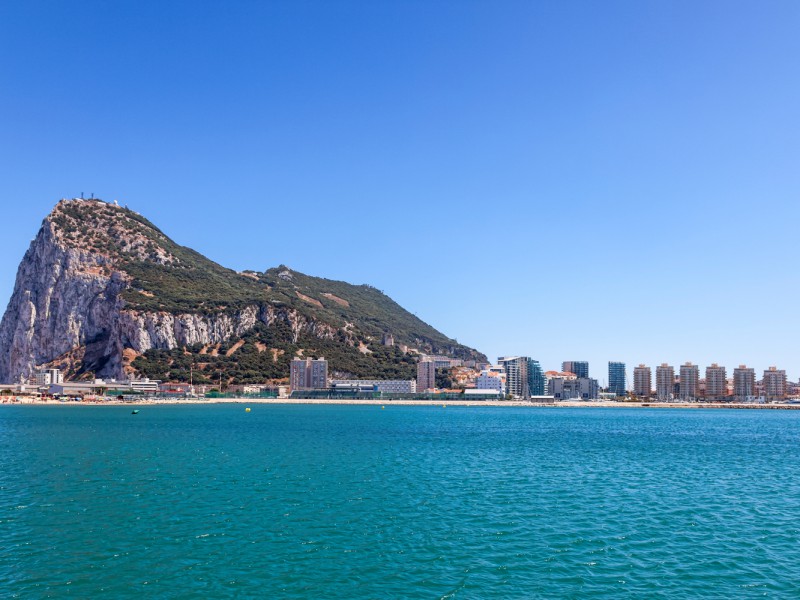 Cruise Gibraltar’s bay in comfort, style and luxury by private yacht. Enjoy the bathing platform, sun beds, seating and refrigeration for the all important chilled drinks with lunch. 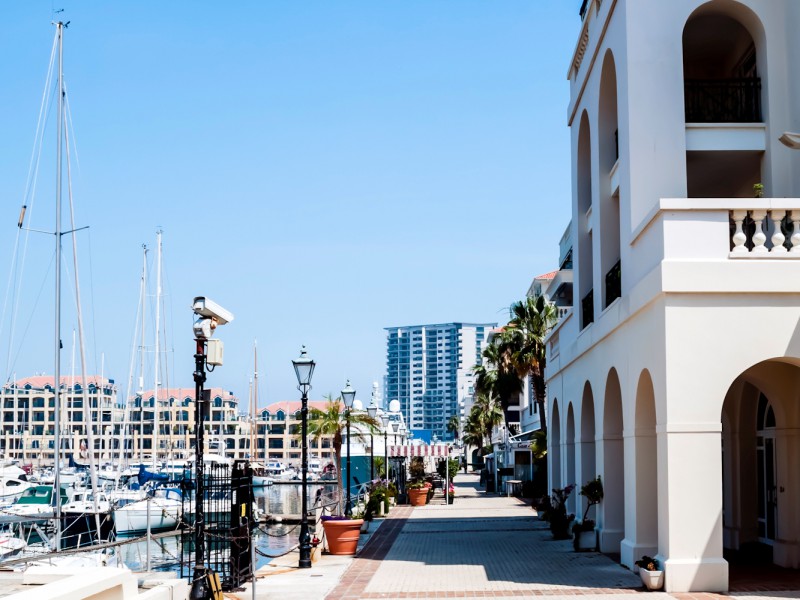 View the border with Spain, pass the American War Memorial and Trafalgar Cemetery. At Europa Point, see North Africa across the Straits, before wine tasting in Chatham Counterguard and exploring Main Street. 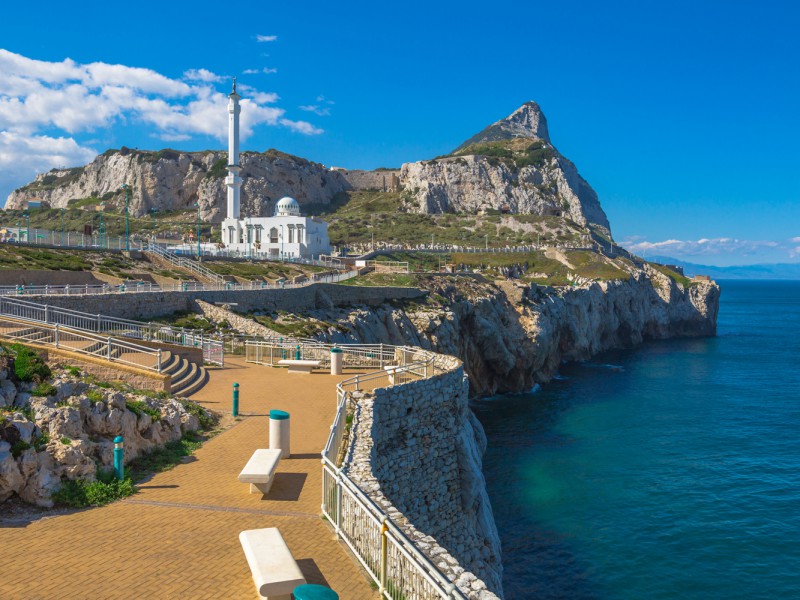 An exciting, eco-friendly, fun and leisurely e-bike tour of Gibraltar. Coast the length of The Rock to Europa Point, and travel the eastern shoreline through Dudley Ward Tunnel.

Despite the imposing appearance of the Rock, Gibraltar is small. 33,000 people live within the outpost’s three square miles. It’s three miles long, less than a mile across, and the total circumference is less than eight miles making it walkable in half a day. The southernmost point of Europe, it’s the only place in Europe where monkeys run free in a semi-wild state.

Holding a unique strategic and striking location where monkeys, in a semi-wild state, run free, overlooking the Straits of Gibraltar and linked to the Spanish mainland, Gibraltar has attracted visitors for centuries. British, Moorish, Genoese, Portuguese, Spanish, Jewish, Maltese and Indian are all cultures represented in a rich and tumultuous history. These many influences are evident in the architecture, cuisine and customs of Gibraltar, and also in the many legacies that remain to this day, including prehistoric caves, a medieval castle, 11th century baths and Georgian and Victorian architecture. Gibraltar’s National Museum gives an excellent overview of Gibraltar’s complex heritage; to learn and understand the history adds to the holiday enjoyment. The old town boasts elegant Georgian townhouses and the National Art Gallery features some charming and noteworthy landscapes. Around the marina there’s a feeling of London Docklands, it’s a busy area and something of a financial hub. Most places are reachable on foot, although you might choose the cable car ride to the summit of The Rock over the vertiginous Mediterranean Steps.

Since 1914 the legal tender has been Gibraltar Government Sterling notes and coinage, although United Kingdom notes and coins are equally welcome. Credit cards, Euros and Dollars are widely accepted too. Gibraltar is a well-known for its VAT-free shopping, with low prices on certain items such as perfumes, cosmetics, jewellery, tobacco and spirits. Many shops also boast excellent deals on brand name sunglasses and watches. The official language is English although you may hear the Yanito dialect spoken, a mix of English, Spanish and Italian. It’s also easy to get married in Gibraltar.

Ride the cable car to the 426 metre summit of this imposing limestone ridge. The Upper Rock rewards with breathtaking views; Africa fills one horizon, while the gates to the Mediterranean and the Atlantic are on either side.

This is the home of Gibraltar’s famous Barbary macaques, the only freeto-roam primates in Europe. According to legend, if the Apes leave Gibraltar it will cease to be British.

St Michael’s Cave is a remarkable natural cavern full of stalactites and stalagmites. The Cathedral Cave is now open to visitors and makes a unique auditorium for concerts, ballet and drama.

Hewn out of the rock by hand these are gun emplacements used during the siege of 1779-83. New tunnel tours take you to the caves where the Allied invasion of North Africa was planned.

Entry tickets to the nature reserve include admission to the above attractions as well as the Moorish castle, Military Heritage Centre and the, Gibraltar: A City Under Siege, exhibition.

Enjoy learning the history, culture and natural history of Gibraltar. It is the only museum that represents every period of Gibraltar’s urban history.

Ask our travel consultants about combining a stay in Funchal with a visit to the capital of Spain’s Andalucia region, Seville.
See our dedicated Summer brochure for further details of a two-centre stay combined with Malaga.