This seven day escorted and small group safari will take in two of Kenya’s most popular and wildlife-rich national parks, the Maasai Mara and Amboseli, in addition to a night spent by the bird watcher’s paradise of Lake Elmenteita in the Eastern Rift Valley. Join a small group travelling by 7-seater safari minivan.

Including international return flights with Kenya Airways, private transfers, the services of English-speaking representatives and guides, and all accommodation on a full board basis, with the exception of your hotel in Nairobi. 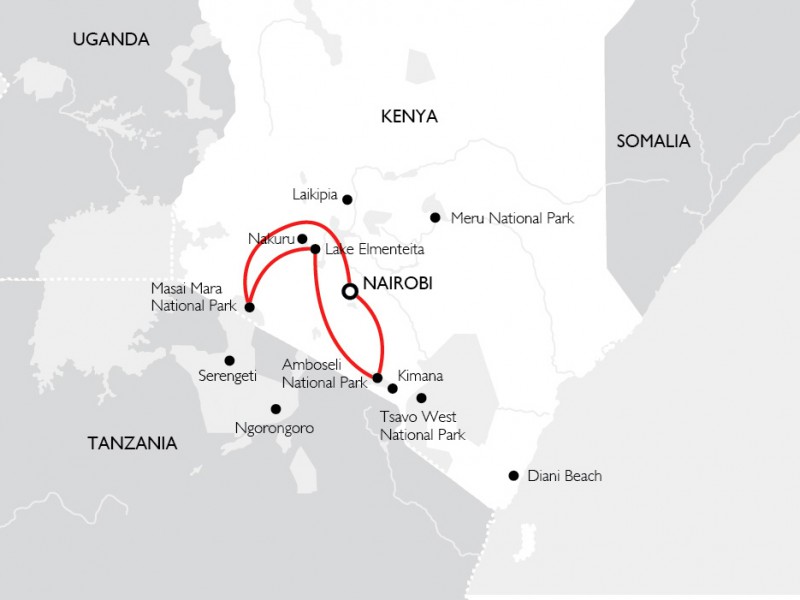 Watching zebra, wildebeest, elephant and other wildlife come to drink at Oloirigynyisho River where your camp is set in Maasai Mara. After a day’s game drive enjoy sundowners whilst admiring the captivating sunset. 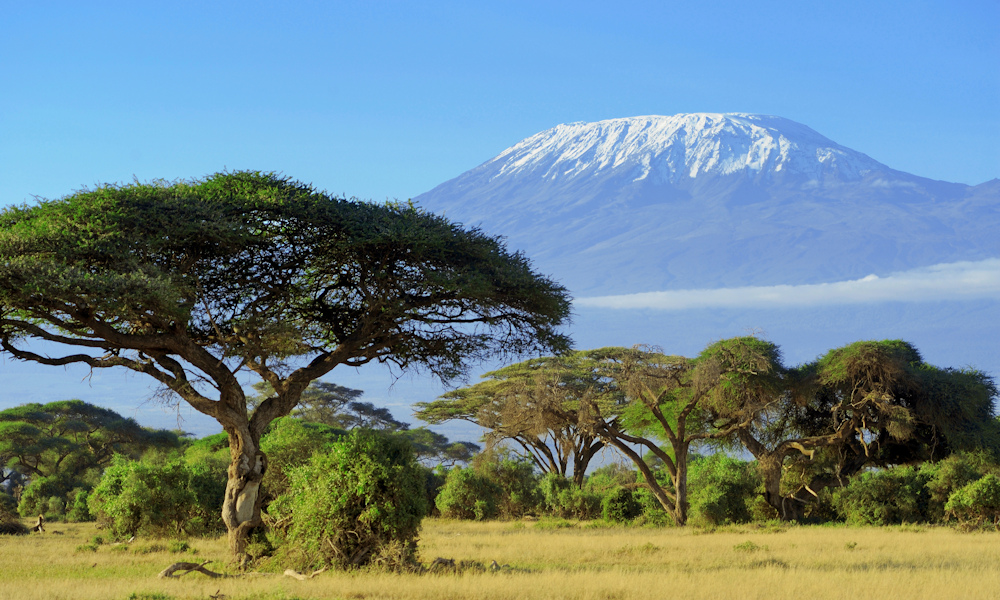 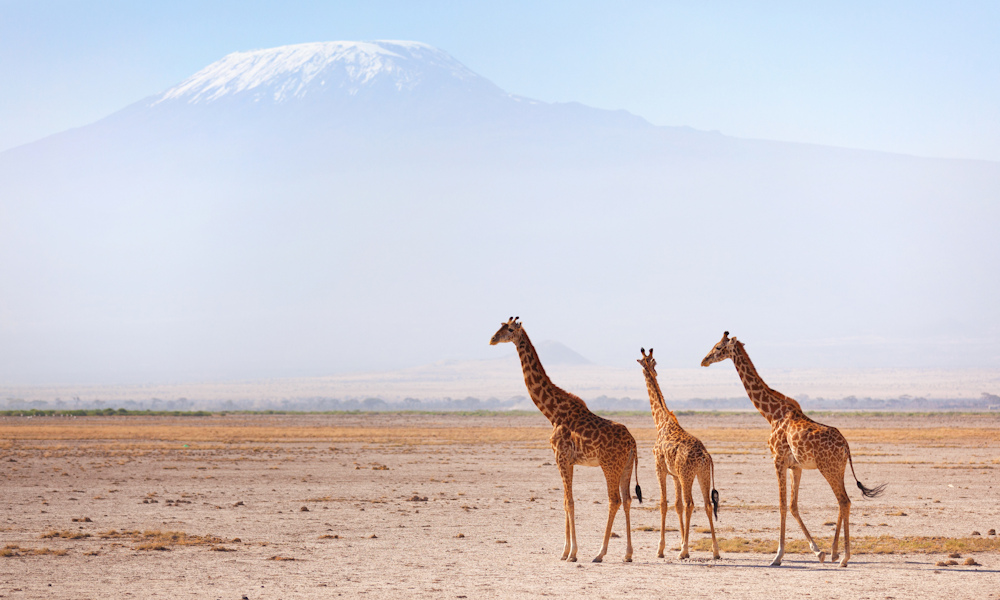 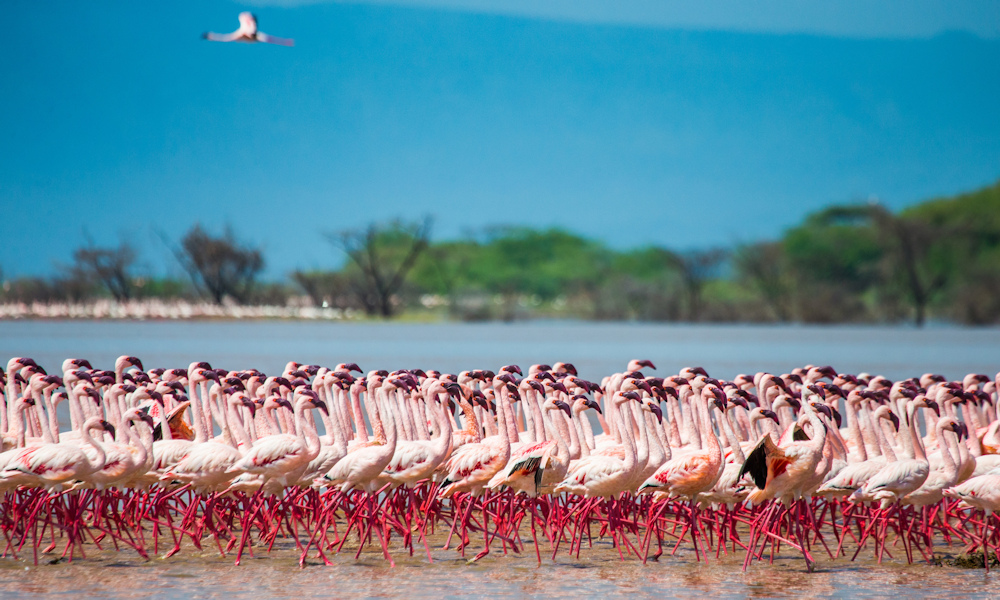 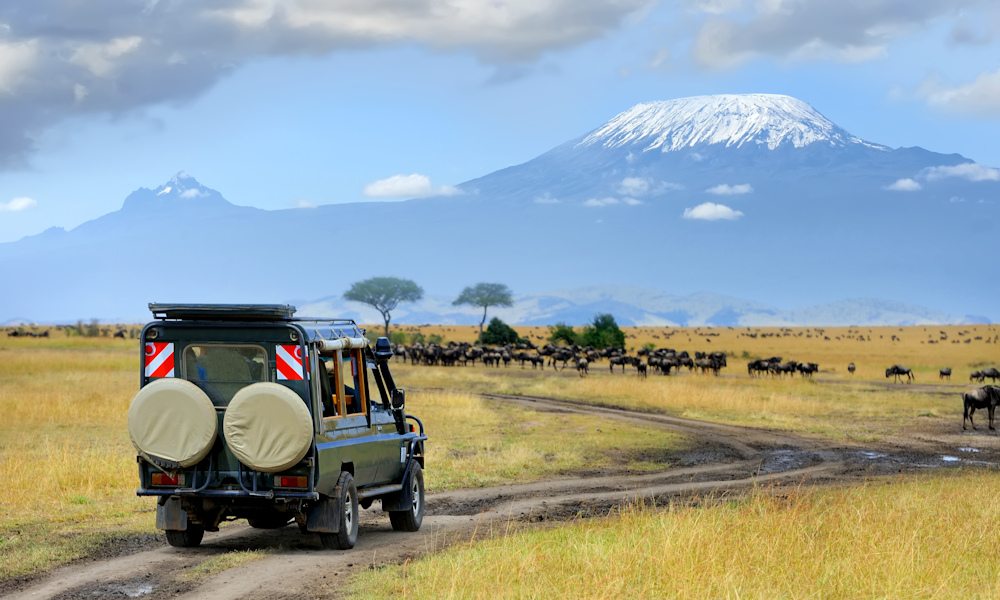 Be met by your English-speaking guide at Nairobi airport and transferred to your hotel. Enjoy the rest of the day at leisure. Stay at Ibis Styles Nairobi Westlands, or similar, for 1 night with breakfast included on Day 2.

After breakfast drive south to the Rift Valley province and to one of the most popular of Kenya’s national parks, Amboseli. Best known for its iconic views of snow-capped Mount Kilimanjaro, just across the border in Tanzania, and large herds of elephants, the park’s large concentration of wildlife includes buffalo, lion, cheetah, rhino, giraffe and zebra amongst others. A landscape of largely open savannah with low vegetation ensures fairly easy wildlife viewing and the western section is dominated by vast swamplands fed by meltwater from Kilimanjaro attracting wallowing hippos and elephants as well as rich birdlife. You will enjoy two full days of game drives and stay in comfortable deluxe tents at a lodge in the park; great for close encounters with the park’s free-ranging elephants. Stay at Sentrim Amboseli Lodge for 2 nights.

After breakfast depart for Lake Elmenteita, arriving in the afternoon to settle into your accommodation on the lakeshore and enjoy time at leisure. Surrounded by forests, Lake Elmenteita is located between Lake Naivasha and Lake Nakuru and is one of the Eastern Rift Valley’s alkaline, or soda, lakes. A birder’s paradise, the lake is host to over 450 bird species, both resident and migratory, including flamingo and many endangered species, as well as being a nesting and breeding ground for the great white pelican. Wildlife also includes the endangered Rothschild’s giraffe and rare colobus monkey as well as gazelle, eland, zebra and families of warthog. Stay at Sentrim Elementaita for 1 night.

After a hearty breakfast set off for Kenya’s flagship reserve arriving in time for lunch and a game drive in the afternoon. Maasai Mara together with Tanzania’s Serengeti form Africa’s most famous wildlife park and the reserve offers great chances of seeing the famous big five; lion, leopard, buffalo, rhino and elephant. You will spend two nights in the Mara enjoying game drives through a landscape of grassy plains and rolling hills in search of the big five in addition to cheetah, zebra, hippo, hyena, impala, crocodile, birds and smaller mammals. Stay at Enkorok Mara Camp for 2 nights.

Transfer to the airport in Nairobi for your return flight to the UK.

Add a beach stay to your tour and make the most of Kenya’s white sandy beaches. 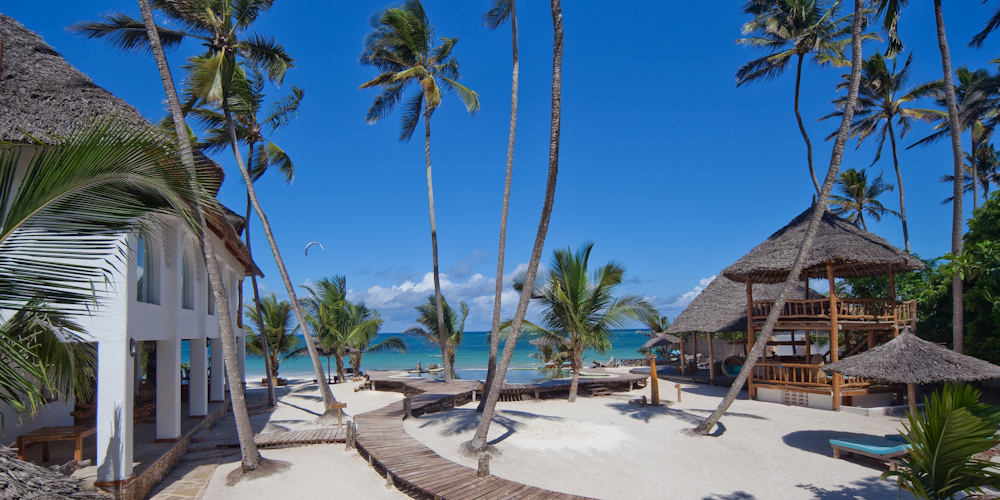