A fantastic eight day introduction to one of the most impressive safari areas in Africa, visiting the Serengeti, Lake Manyara, Tarangire and the Ngorongoro Crater, a group of national parks that make up Tanzania’s Northern Circuit. You will travel in a 4×4 vehicle with a private driver-guide with half and full day game drives each day.

Including international return flights with Ethiopian Airlines, internal flights, private transfers, the services of English-speaking representatives and guides, and all accommodation on full board basis, except at your hotel in Kilimanjaro. 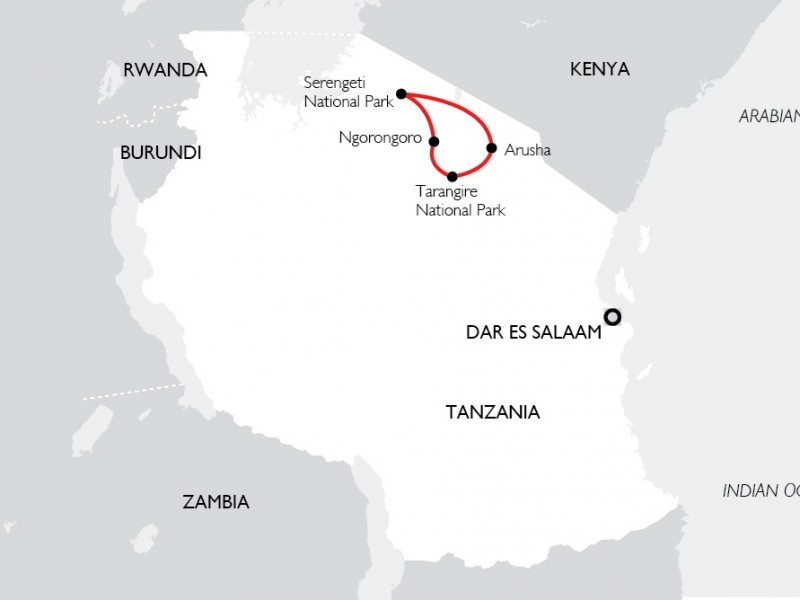 Descending 600m down to the crater floor of the breathtakingly beautiful Ngorongoro Crater for a  game viewing drive to spot some of its estimated 30,000 animals. 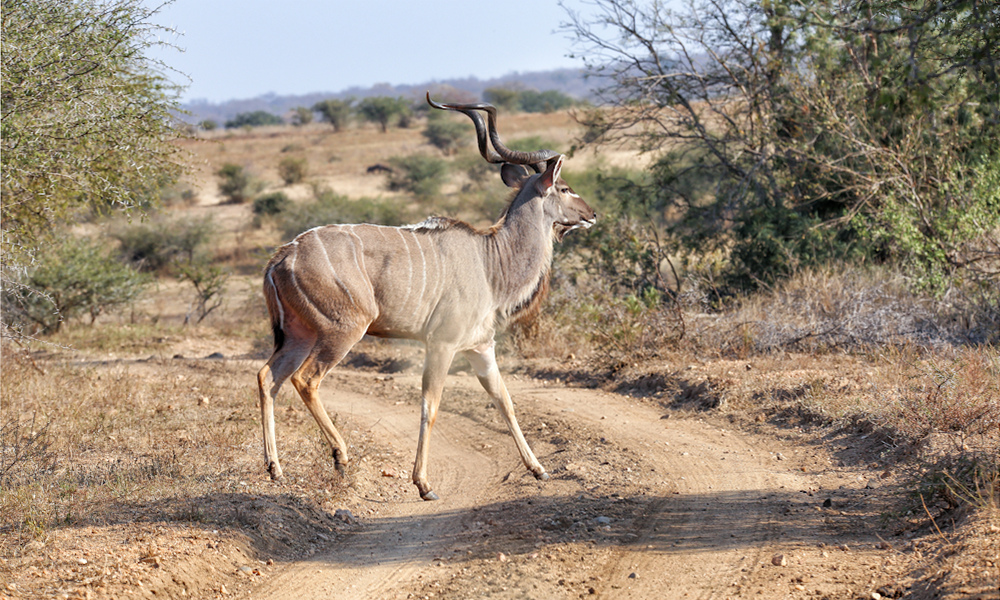 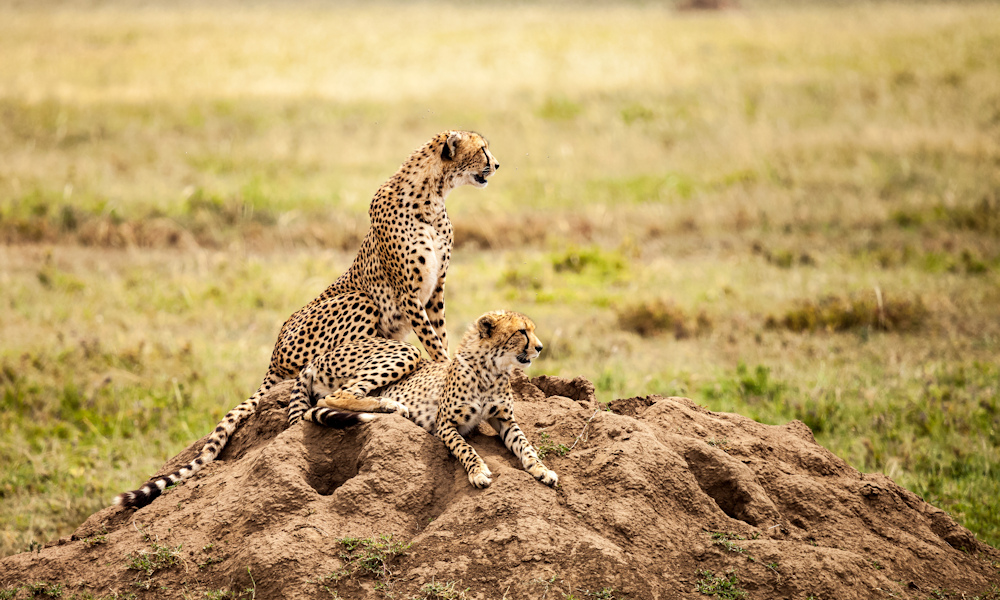 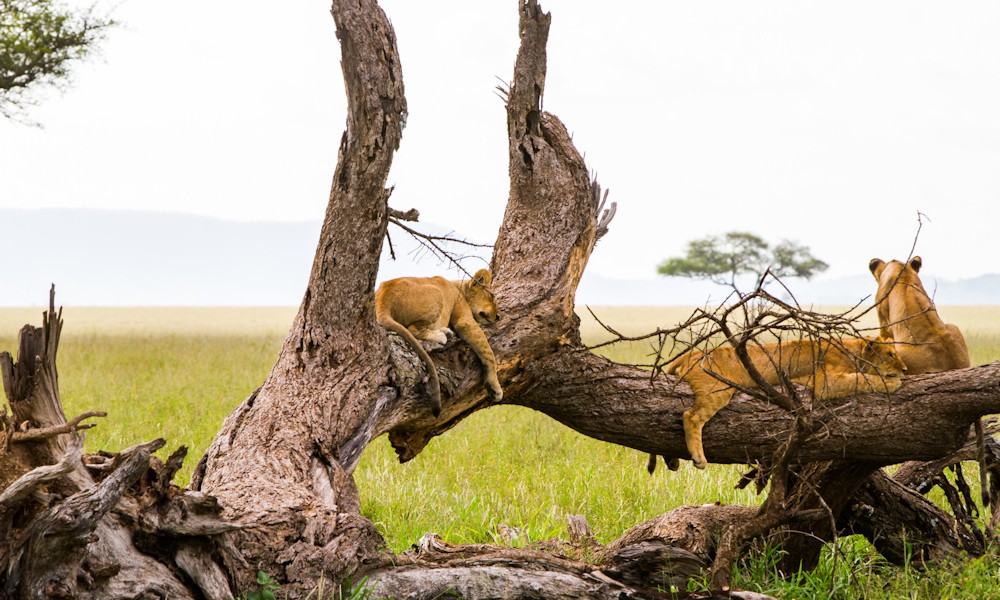 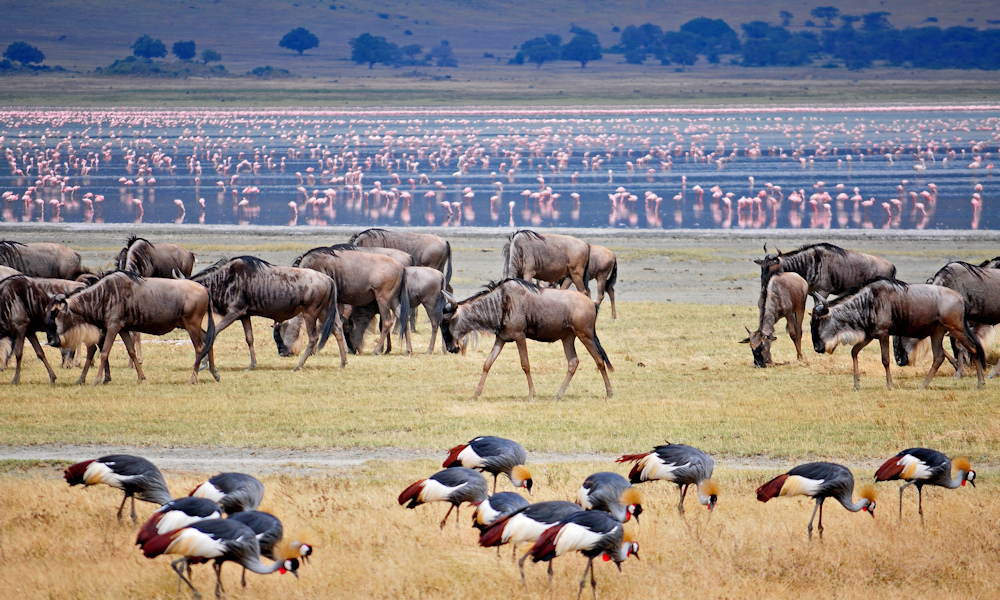 Day 1 – Flying from the UK to Kilimanjaro, Tanzania

Depart the UK on an overnight flight to Kilamanjaro.

Early afternoon arrival. Be met by our English-speaking representative/driver-guide at Kilimanjaro airport and transferred to your hotel in Arusha, a small town at the base of Mount Meru and the gateway for safaris in Northern Tanzania. Enjoy the rest of the day at leisure. Stay at Four Points by Sheraton for 1 night with breakfast included on Day 3.

Enjoy breakfast at your hotel in Arusha before the drive to Tarangire National Park, renowned for its majestic Baobab trees and large herds of African elephants, especially in dry season (January to February & July to October) when the Tarangire River attracts a good number of larger animals. Arrive in time for lunch at your safari lodge, and enjoy an afternoon game drive seeking out some of Tanzania’s most iconic animals including the diminutive dik-dik and the endangered fringe-eared oryx and greater kudu antelope. Stay at Tarangire Safari Lodge for 1 night on a full board basis.

Drive to Lake Manyara National Park for a half day safari drive. Best known for its elusive tree-climbing lions, Lake Manyara National Park is a small, scenic national park set at the base of the Rift Valley escarpment. Vegetation is diverse with savannah, evergreen forest and marshland, and in rainy season the alkaline Lake Manyara covers a third of the park and hosts millions of birds. In the afternoon continue to the Ngorongoro Crater, a giant, highly fertile volcanic caldera. Created by the volcano’s peak collapsing millions of years ago the floor of the crater is now home to the densest concentration of wildlife in Africa. Check in to your safari lodge set high on the crater’s edge and enjoy the most incredible, uninterrupted vistas. Stay at Ngorongoro Serena Lodge for 2 nights on a full board basis.

Explore the plains of Ngorongoro Crater on a full day game drive with lunch at a picnic site, returning to your lodge late afternoon. The fertile landscape of forests, plains and lakes attract huge numbers of wildlife such as elephant, black rhino, hippo, zebra, wildebeest, the rare wild dog, gazelle, buffalo, plus a large lion population and plenty of bird species including pink flamingo.

Leave for the central region of Serengeti National Park arriving in time for lunch and an afternoon game drive. Return to camp late in the afternoon for a rest, or a go for a dip in the inviting infinity pool before dinner. Award-winning Serengeti Serena Lodge is a magnificent safari lodge designed to blend in with its surrounding landscape and rooms are housed in traditional domed rondavel buildings. Stay at Serengeti Serena Lodge for 3 nights on a full board basis.

For the next two days you will enjoy full day safari drives in search of big cat, buffalo, rhino, giraffe and other species; look out for lions and cheetahs lying in the sun on the rocky granite outcrops known as kopjes. At the heart of Tanzania’s most famous national park is the Central Serengeti region. It is also the most popular with a landscape of vast savannah plains and abundant year-round wildlife. The Serengeti is also the stage for what is possibly the world’s finest wildlife spectacle, the Great Migration. Every year, herds numbering up to 1.5 million wildebeest, 200,000 zebra and thousands of gazelles, thunder across its grasslands as they travel south from Kenya following the rains.  As they move, they are pursued by hungry predators, including lions, cheetahs, leopards, hyenas and wild dogs.

After breakfast, transfer to Seronera airstrip for your flight to Arusha. You will be met by our English-speaking representative and taken to a hotel for lunch before transfer to Kilimanjaro airport for your return flight to the UK. Remove Breakfast and lunch included. 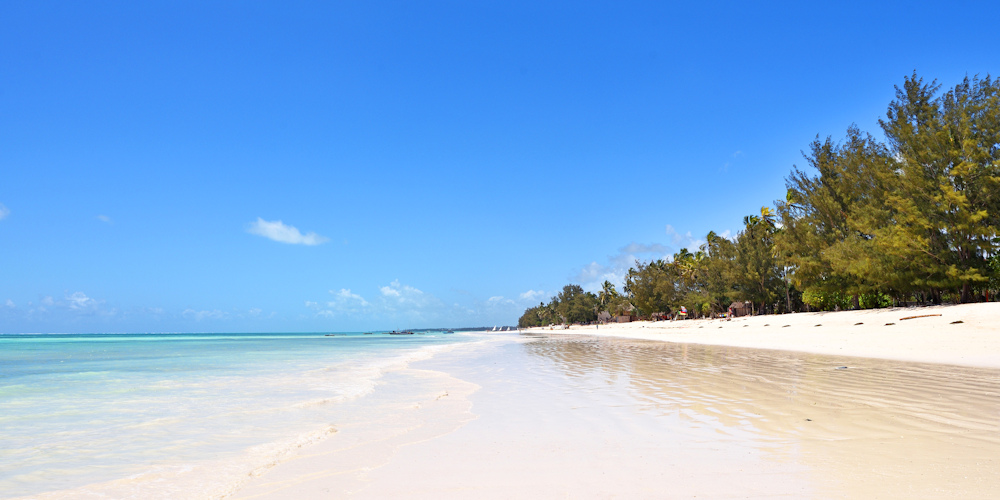