The tremendous geographical variety which Vietnam offers allows the visitor an enormously rich travel experience: from flourishing cosmopolitan cities in the north and the south, via the three thousand kilometres of coastline which links them, to the stunning natural landscapes of the interior where rugged mountains and dense jungle meet seemingly infinite rice paddies. There’s cultural diversity too. The historic Chinese occupation and French colonisation have left a lasting imprint on Vietnamese heritage reflected in Chinese linguistic and dynastic associations, the teachings of Confucius, colonial architecture, French cuisine, and coffee and baguettes.

In the north, Hanoi is a vibrant and busy city. It’s been that way for the Chinese, French and latterly the Vietnamese, since the eleventh century. The assortment of architectural styles on display are a mirror of its history. There’s a cathedral, imposing opera house and wide French boulevards to contrast with the narrow streets and Buddhist temples and shrines of the Old Quarter. More recently art galleries, Paris-influenced cafes, and restaurants dispensing innovative Vietnamese cuisine, are in evidence alongside pagodas and street food stalls.

Few structures in the world are as naturally cinematic as the limestone karst rock formations which rise precipitously from the clear emerald and turquoise waters of Ha Long Bay, and lesser known Bai Tu Long Bay. Drift by on a traditional fishing Junk, or pilot a kayak, in the early morning mist, or in the light of the setting sun, to savour a seascape of mystical and inspirational beauty. For a different but equally compelling perspective hike to the summit of Ti Top or take in the views from a seaplane.

Travelling south from Hanoi, the central coast and central highlands are home to many cultural highlights. The ancient garden city of Hue is the imperial capital of the still recent Vietnamese kings. Royal mausoleums stand along the banks of the Perfume River and ancient civilisations straddle it. Hoi An, on the banks of the River Thu Bon is one of Vietnam’s most attractive and ancient coastal towns. There are important ruined kingdoms at My Son and Phan Rang Nha Trang. Other central highlights include the white sands of Lang Co and the beautiful Truong Son mountains.

In the south, explore the sprawling estuaries of the Mekong Delta for a tantalising glimpse of a rural Vietnamese life which has remained unchanged for centuries. A steady stream of river traffic floats and bobs against a backdrop of Buddhist temples, fisheries, fruit orchards, rice paddies and floating markets. Ho Chi Minh City, stubbornly clinging to its Saigon nomenclature, features thoroughly modern hotels, restaurants and shops. Wander its streets and you might yet happen upon some fine French, colonial architecture, a flourishing local markets and peaceful backstreet temple: just beware the Vespas and bicycles.

As a general rule December to May is best time to travel the whole of Vietnam. July and August temperatures can be uncomfortably high. Monsoon season is from late August until November. Clear skies and sunshine, complemented by cooler temperatures, are usual from December until March. Travel to the north is best in March and April, the central region best visited from May to August and the south from October to May.

We’re delighted to offer a selection of Vietnam experiences which can be personalised to suit individual requirements and interests. The following is just a selection of what can be booked. Further options and prices are available. Simply confirm at the time of booking or call our travel consultants, before you travel, on 0800 008 7288.

Visit the historic Ho Chi Minh Mausoleum, the One Pillar Pagoda, a Buddhist temple built in 1049, then take a one hour cycle tour through the famed Old Quarter.

This breathtakingly beautiful region is renowned for its spectacular seascape of limestone pillars, forest and grottoes. Enjoy a traditional fishing Junk cruise amongst the stunning islets which soar from the clear emerald waters of the Gulf of Tonkin.

Hoi An Ancient Town - half day

Hoi An’s narrow lanes are ideal for a guided walking tour of its many atmospheric sights including the old merchant houses influenced by Chinese, Japanese and Vietnamese architecture.

Highlights of Saigon City - half day

Take in some of Saigon’s historic landmarks including Notre Dame Cathedral, the former Presidential Palace and War Remnants Museum. Experience the famed street coffee culture as well as insights into daily city and street life.

A rural journey of discovery through lush gardens and bicycle rides around narrow village lanes, before boarding a Sampan for a ride along the canals of the Mekong River.

In an idyllic location on the beach near Hoi An, a famed UNESCO World Heritage Site, culture and coastal enchantment collide at the Four Seasons Nam Hai.

A very pretty seaside resort hotel, this property encapsulates the spirit of its surrounding area and replicates the feeling of a traditional Vietnamese fishing village.

Six Senses Con Dao mirrors a traditional Vietnamese fishing village. Located in a protected national marine park, the natural world is at the forefront of this hotel. A mile of glorious white sand, a rolling landscape of lush tropical vegetation, and sparkling seas make this a haven for nature lovers.

See all hotels in Vietnam

In an idyllic location on the beach near Hoi An, a famed UNESCO World Heritage Site, culture and coastal enchantment collide at the Four Seasons Nam Hai.

A very pretty seaside resort hotel, this property encapsulates the spirit of its surrounding area and replicates the feeling of a traditional Vietnamese fishing village.

Six Senses Con Dao mirrors a traditional Vietnamese fishing village. Located in a protected national marine park, the natural world is at the forefront of this hotel. A mile of glorious white sand, a rolling landscape of lush tropical vegetation, and sparkling seas make this a haven for nature lovers. 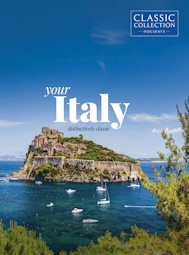